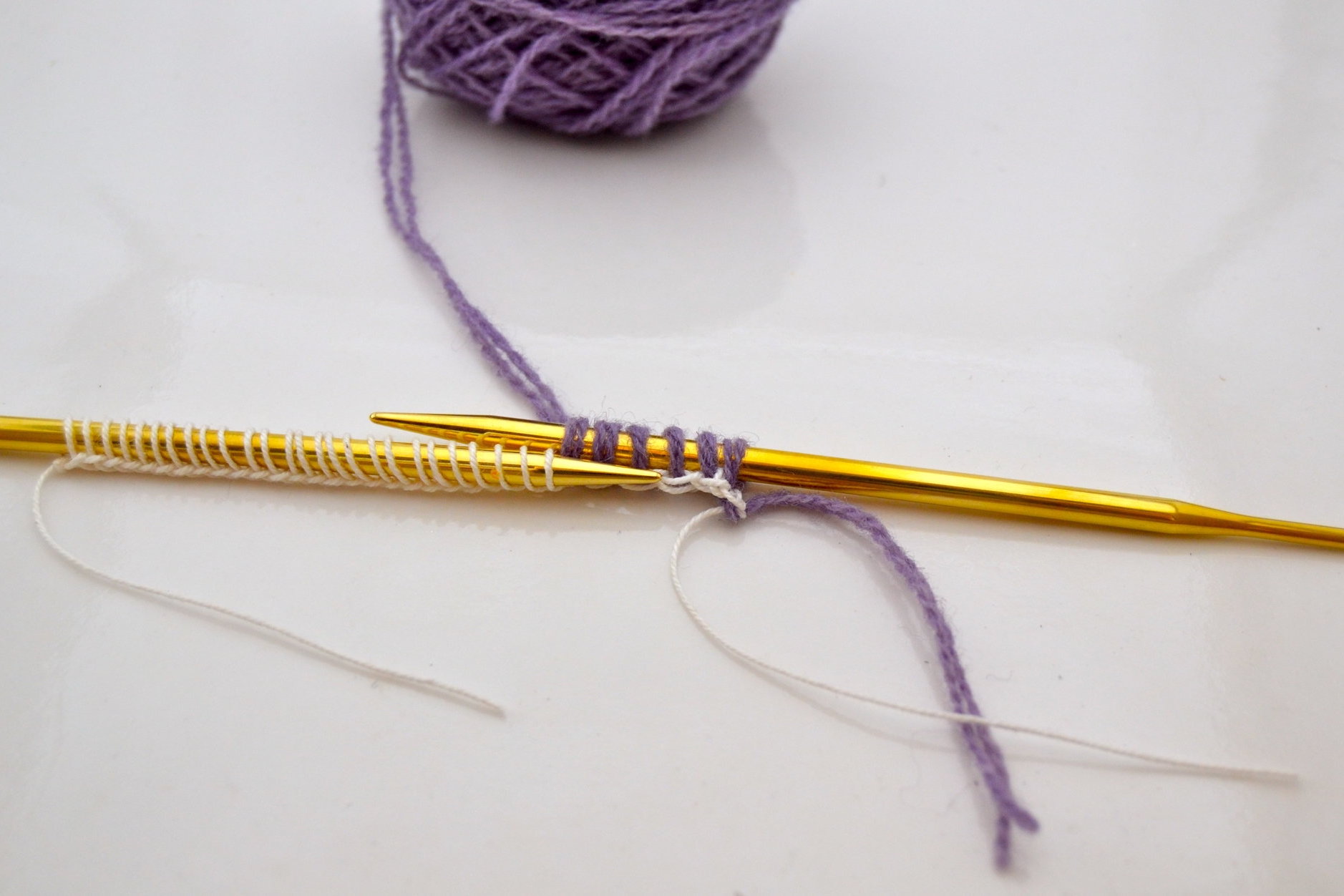 Provisional cast on is one of my favorite knitting techniques. It is a cast on that you remove later, freeing live stitches that you can knit. I sometimes make a provisional cast on in the middle of a stockinette sweater if I haven’t decided how long it will be. Or if I’m not sure I have enough yarn. A provisional cast on is sometimes a good idea instead of an edge that stays when knitting sweaters both top-down and bottom-up. By finishing all edges with bind offs, I find that it is easier to make edges that fall perfectly. And bind offs on all edges also make them identical.

There are several methods for casting on provisionally, so I am going to show the one I think is the easiest. When using this method, you crochet the provisional stitches around the knitting needle. Below, I show the method both for left-handed and righ-thanded people. I am left-handed, so I know how impossible it is to study photos to learn something new while simultaneously having to mirror the photos in your head!! I made the right-handed photos by mirroring the images.

Use another type of yarn than the one that will be used for knitting. A smooth cotton yarn is perfect. Use a crochet hook with about the same size as your knitting needle. To begin, make a standard slip knot:

Put the knitting needle below the crochet hook, making the yarn end hanging over the needle:

Carry the yarn up the back of the needle and over the hook:

Pull the yarn through the loop that was already sitting on the hook – there is now one stitch on the needle:

Carry on in the same way – for each stitch, the yarn goes over the front of the needle, up its back, over the hook, and pull through the loop:

Cut the yarn when enough stitches are cast on. From now on, things look the same for left- and right-handed people. The cut end is on the right side:

Tie the working yarn to the right side. I just tie an ordinary knot, then knit the provisional stitches:

Later you’ll come back and remove the white yarn. Untie the knot and put the live stitches on to a needle as the provisional stitches are unraveled. In this case, my purple yarn end is rather short, it is more practical to leave a slightly longer end in the beginning. That way, the end can be used to knit the first few stitches before adding more yarn.